The Food Group’s
dedicated volunteers have packed over 65,000 bags of food!

75 volunteers per week work to get food bags into kids’ hands.  On average they work an hour a week for the 36 weeks of the school year, which amounts to a whooping 3,000 hours put in by our volunteers in one year’s time! 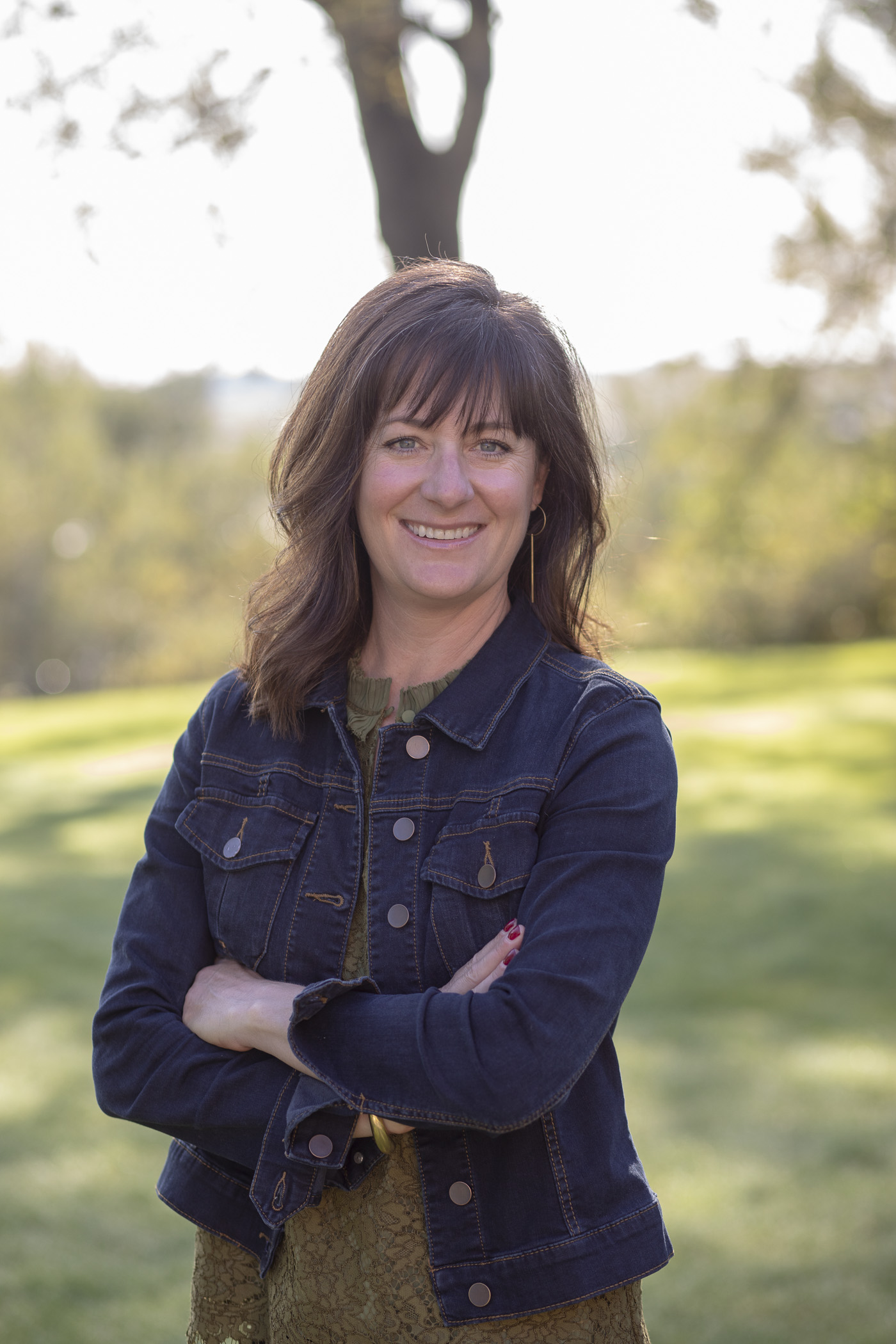 Adjunct Professor of Art at Sheridan College and Professional Artist

Over five years ago, the issue of children going hungry on the weekends was brought to our attention.  Instead of throwing up our hands, walking away or just talking about and around the subject, we said, “We can do this:  we can get bags of food to kids on the weekend who need it.”  We have been doing it ever since with a committed group of volunteers and donors because we deeply believe it serves a vital and critical need in our community.  Children can’t learn if they are hungry.  Healthy, well-educated  children are the seeds to our collective future: it is our responsibility to mend this particular hole in the fence of poverty. Director, Center for a Vital Community at Sheridan College

Once I found out kids in our community didn’t have the food they needed, it started a community conversation about what poverty looks like in Sheridan County.  The Food Group’s creation was the catalyst and I’m so honored I was asked to help. Cyrus Western was raised in Big Horn, WY where he attended both Big Horn and Sheridan Schools. During his childhood, he participated in Sheridan recreational sports and worked at Kids First, a summer program for at-risk youth. Following his completion of high school at Kimball Union Academy, Cyrus moved to Pittsburgh to attend Washington & Jefferson University where he studied Environmental Science and played varsity football. Cyrus split his post-graduate years between Wyoming and Washington DC working for Senators John Barrasso and Mike Enzi, among other experiences. Cyrus went on to obtain a Masters in Environmental Management from Harvard University, and returned to Sheridan permanently in early 2017 where he now works remotely for Frontier Royalties – an oil and gas brokerage firm based out of Denver – and is running for state legislative office. Cyrus joined the board of The Food Group because of both his personal interest in helping under-served children and families as well as a desire to give back to a community that gave him so much. I grew up in Sheridan and understand the importance of providing our students with weekend healthy food so they don’t come to school hungry on Monday morning.  As a former school administrator, I appreciate the efforts put forth by the community and Food Group Board to raise funds for this need.  Based on the overwhelming community support, Sheridan residents acknowledge how important it is to support the efforts put forth by The Food Group and their volunteers. I joined the FG after moving to Sheridan because I wanted to be part of a group that was community driven. As I began subbing in the schools here, I noticed some students were definitely coming to school hungry. As an educator, I understand the connection between food and education.  My background is in Early Childhood Education and I have been teaching for 12 years in both public and private settings.  Lesley has two beautiful children and four unruly dogs. When I heard about The Food Group, I told my guys at Powder River about it.  They passed the hat immediately and filled it up on their own.  I found out more about it and when I was asked to be on the board, I accepted.  Powder River packs the bags for Henry A. Coffeen Elementary every week and we appreciate the opportunity to give back to our community. The mission of The Food Group is something that is very important to me.  Having younger kids myself, it makes me realize the vital need that we can provide to those children needing nourishment. I feel so fortunate to be part of a community that, not only sees the needs of its children, but does something about it! I’m inspired by what The Food Group has done for this community and surrounding communities and am so excited to

​have the opportunity to join​ these efforts! ​Our children are the future of this nation and world – to be able to help them from the time they are in the womb until they are adults is truly a pleasure and a responsibility for which I’m so grateful! As a student in Sheridan County’s school systems from 5th-12th grade, I was aware of the large number of students who receive free and reduced lunches. When the opportunity arose for me to become involved with the Food Group during my freshman year of college, I gladly accepted. The Food Group seeks to be an advocate for all hungry children in Sheridan County, and provides essential, nourishing food for thought for our future generations. I am overwhelmed by the generosity of donors and volunteers and am so excited to be working with this incredible board to promote a healthy community. Service is my greatest passion in life and I am honored to have this opportunity to give back and impact the lives of our younger generations. Growing up in Sheridan I am overwhelmed by the tremendous community support I have received. This summer I am fortunate to have the opportunity to give back to my community. I am excited and humbled to be working with the Food Group, providing children with food and activities. I look forward to getting to know the kids and making a positive impact on their lives. In addition, I am blessed to be working with such an encouraging and passionate team. Having just graduated from Sheridan High School, I’m beyond excited for the opportunity to help those in need in Sheridan County through The Food Group. I’ve known friends and other children in the area who don’t have enough to eat at home and being a part of the solution to that problem this summer is a gift I can give as well as receive. 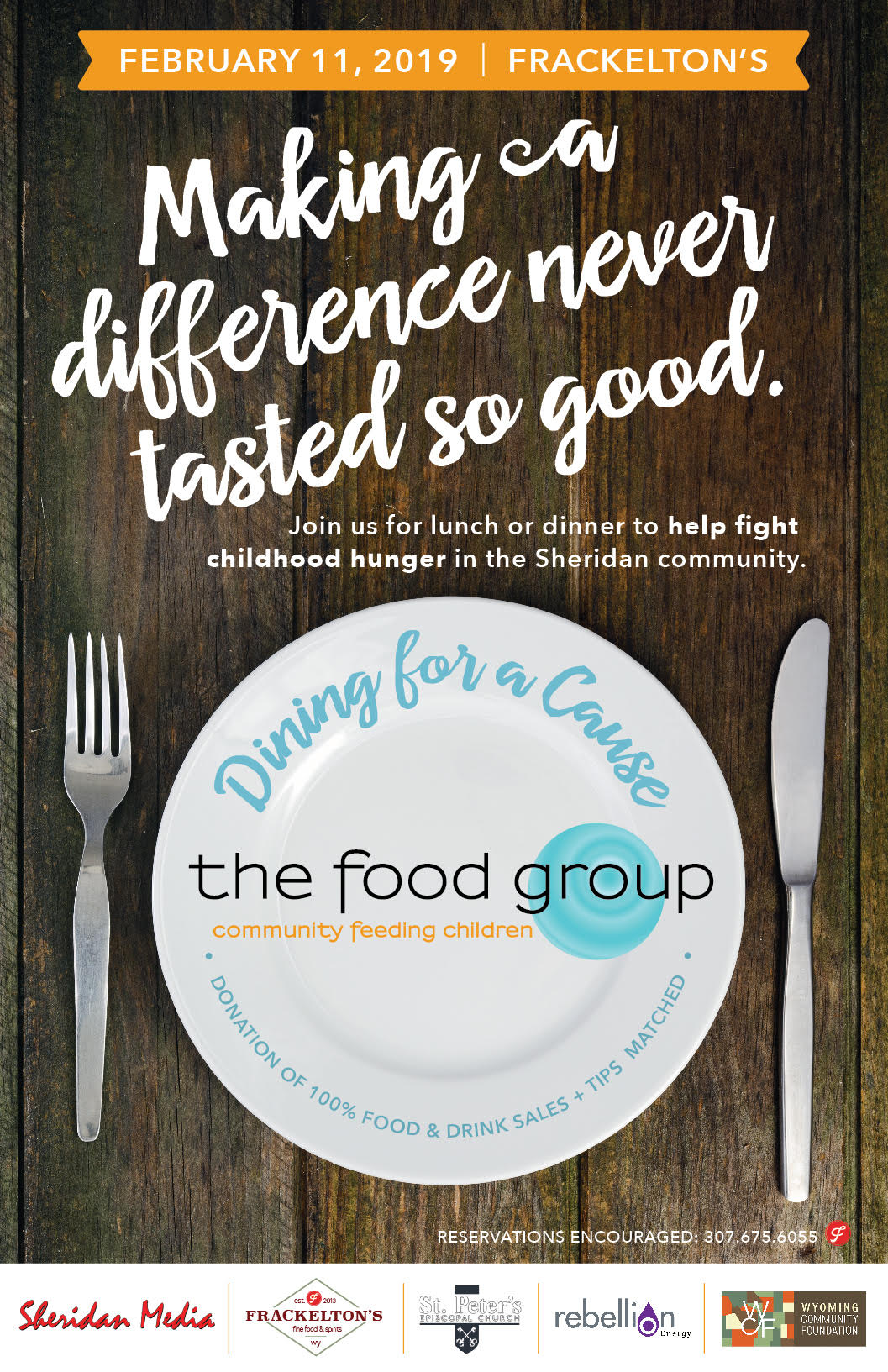